The Dodge Charger has been through several generations.  The 2006 to present model is the sixth generation of this car.  This car looks great with stripes and can hold almost any width within reason.  The car in the picture below has 10 inch racing stripes .  A 12 inch racing stripe kit would also look good but this is about as wide as you would want to go.  An 8 inch stripe kit with pinstripes would be very proportionate and a 6 inch stripe kit would be a little on the narrow side but acceptable.  It really depends on the look you are going for.  We do not sell a precut kit for the Charger but buying a basic cut to fit kit and trimming it to fit works well.  To trim around areas like the tag or rear light you simply take an exacto and go around the area nice and slow.  You do not need to cut all the way through the vinyl.  There is no need to cut into your paint.  Just lightly go around and then pull off the excess vinyl.  A 30 foot kit is fine for striping the hood, roof and rear deck and a 36 foot kit is what you need to go down the bumpers. 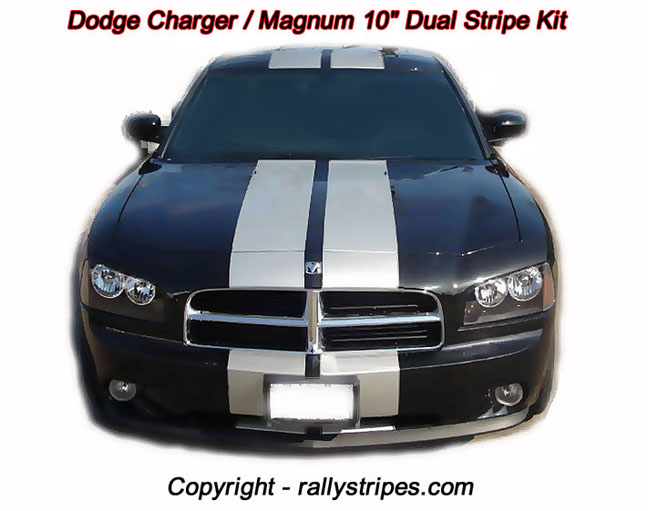 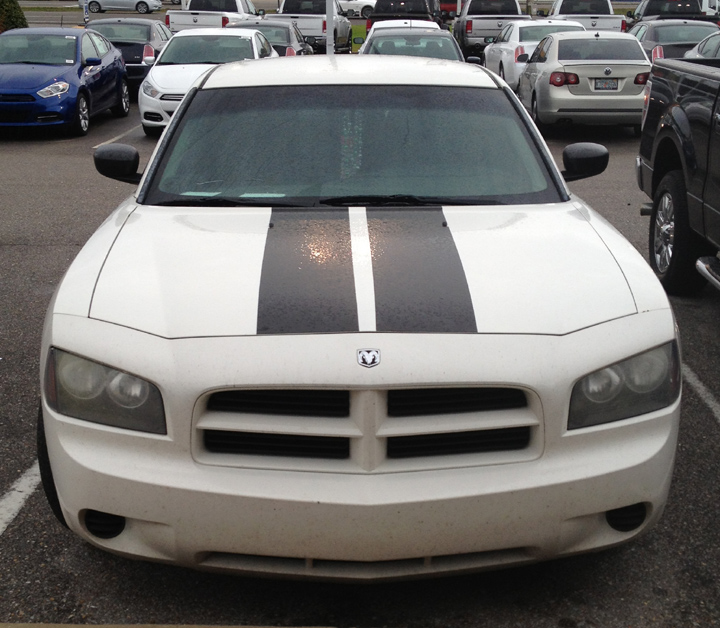